Constrained in a tiny tube is a queen bee, rendered unconscious by a minute amount of CO2 gas.
She's the first of several very special queens he's preparing to artificially inseminate with semen collected from specially selected Australian drones.

The queen bees are progeny bred in the Netherlands.
They're the first successful importation of bee genetics into Australia in 15 years.
What's more, these Dutch queens have special traits that give them some defence against Varroa destructor, a blood-sucking mite that has ravaged bee colonies around the globe. 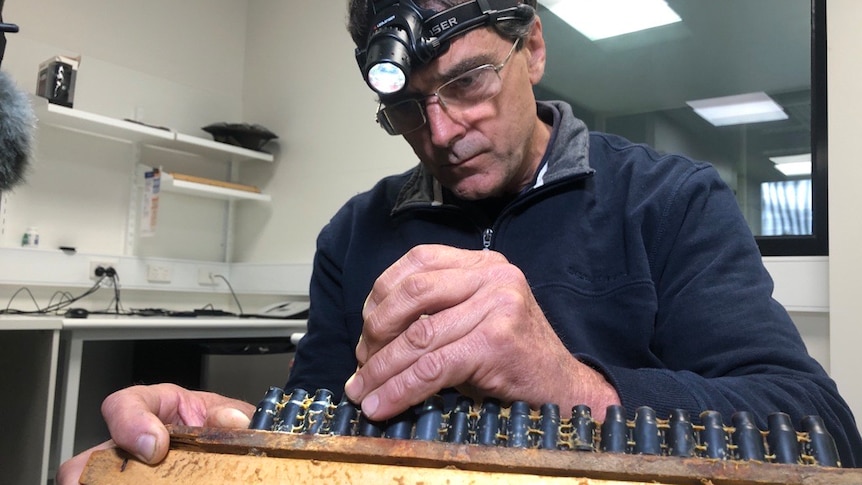 Special bees from Holland are being imported into Australia to fight a deadly pest that has ravaged bee colonies around the world.