I have just seen the results from the 2021 colony loss survey.
Three things really stick out to me.
Number one is that there is a steady increase in losses over the survey period which if it keeps going the same way will soon become disastrous.
Number two. A lot of big beekeepers who had major losses did not take part in the survey.
Number three. Chemical resistant varroa is out there but beekeepers seem unable or unwilling to recognise this fact.

Despite the flaws in the survey caused by beekeepers themselves, this is still an interesting read. I would post it but as usual I lack the technical skills and would appreciate it if somebody else could do this for me. I'm sure this sort of thing is very simple and perhaps I'm just not simple enough.
Reactions: NatureAlley

Thank you for completing the 2021 NZ Colony Loss Survey last spring. The data you and thousands of others provided help scientists, industry, and beekeepers to better understand challenges and opportunities facing New Zealand apiculture. We heard from nearly half of New Zealand’s beekeepers in 2021, a record response rate.

I am writing to let you know that results were released today. You can find an overview of results in the attached infographic. The infographic can also be view online at: https://www.landcareresearch.co.nz/...ey/infographic_nz_colony_loss_survey_2021.pdf

If you’re interested in digging deeper, you can access a written report prepared for Biosecurity NZ at: Bee colony loss survey

You can also access all graphs and figures (including some that were not covered in the report) from the Manaaki Whenua – Landcare Research website: 2021 Colony Loss Survey » Manaaki Whenua

The infographic and a brief summary of results will also appear in the next issue of The Beekeeper magazine.

We hope you find these results useful for your beekeeping operation. Thanks again for supporting apiculture research in New Zealand.

This survey reflects what I'm seeing in my own hives. My losses are still well below the national average but every year it gets just that little bit harder to keep hives alive and healthy.
There are a lot of losses attributed to Queen failure but varroa can be blamed for a lot of those as well, queens don't last like they used to. There have always been queenless hives and drone layers but they have increased markedly since varroa and I now find it unusual to find a two year old Queen when I am requesting requeening whereas it used to be the norm. I also see a lot more beautiful looking new Queen's being superseded straightaway.
For the last five years I have had less hives all of which have been on permanent sites and I have not done any pollination so I have been able to observe the hives more closely. With overstocking, low prices, varroa resistance, large amounts of unsold honey, oversupplied markets, increased costs and ever worsening varroa damage unless something changes soon New Zealand beekeeping is heading for a major C F.
Last edited by a moderator: Mar 17, 2022
Reactions: Padre's Honey, Bee Real, Fieldbee (Mary) and 2 others

John B said:
There are a lot of losses attributed to Queen failure but varroa can be blamed for a lot of those as well,
Click to expand...

the boys noticed a lot of failure in queens, most of which are all the new ones. we believe that the cause is the queen supplier failed to keep mites down in their queen raisers.
also had one site absolutely hammered by mites and chief suspect is the neighbouring beek (who might still be on here) who tends to play with organic mite treatments. tho i would not be surprised if there is not some semi nearby who has walked away from their hives.
one thing i've been hearing for the last few years is people playing with oxalic acid treatments and failing. which of course means mites go pouring into everyone else's hives. a lot more people seam to be jumping on the oxalic bandwagon without running trails first.
J

I suspect a lot of the problems with poor queens are related to drone problems. Some people attributed drone problems to the affects of chemicals found in the varroa treatments and others to the affect of varroa and the viruses they carry. I don't really know what the answer is but I have seen some beautiful new Queen's laying out really well and yet there are supersedure cells. It would be interesting to have an autopsy or whatever you call an autopsy on a dead bee performed on some of these queens to see how much sperm they contained in how viable it was and also what sort of a virus loading the Queen was carrying.
Reactions: Padre's Honey, frazzledfozzle, Fieldbee (Mary) and 5 others
J

So once you saw supercedure cells @John B then cull the queen for analysis? Would be very interesting. Have heard of the major losses but thought these might have been behind the sharp jump in bee losses? So it should actually be worse?
No-one really seems interested in the flumethrin resistance issue unfortunately

JohnF said:
So once you saw supercedure cells @John B then cull the queen for analysis?
Click to expand...

Where do we send those queens to be analysied @JohnF . Thanks in anticipation.

John B said:
Number two. A lot of big beekeepers who had major losses did not take part in the survey.
Click to expand...

I see the press reports are inferring beekeepers coming together


BIOSECURITY NZ's annual Winter Colony Loss survey results came out this week and show that the country's beekeepers remain serious about working together to support a strong bee industry.
Click to expand...

“This level of involvement and our beekeepers' transparency in self-reporting shows how seriously they take biosecurity, and how valuable Biosecurity New Zealand's support is in strengthening the bee industry.
Click to expand... 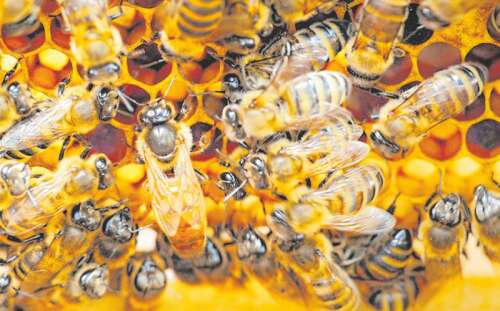 Support to save the bees

BIOSECURITY NZ's annual Winter Colony Loss survey results came out this week and show that the country's beekeepers remain serious about working together to support a strong bee industry. Biosecurity ...