we blew one of the air cylinders for the frame clamp on the pricker and noticed the transfer rod was kinda stuck. i had to bash it out.
now this is the older auto pricker with the air cylinders in the side tubes, rather than the later ones which moved the cylinders down the bottom.
what i found was that the side tubes are made out of regular tube but had not been machined. so it still had the seam in it.
also the plastic bushes which slide inside it where oversized and very very tight hence the use of the hammer.
so the tubes got honed out with a small brake cylinder hone. this got rid of the seam and made it all fairly slick without removing much material.
the plastic bushes i had to sand by hand to reduce their diameter a bit so they would fit properly and not require hammering out.

now it slides like greased lightning and should substantially reduce the load on the air cylinders. 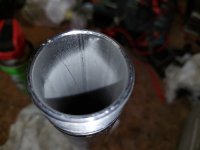 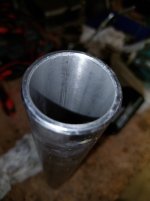 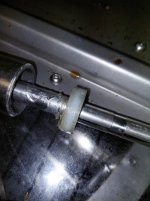