Menu
Install the app
You are using an out of date browser. It may not display this or other websites correctly.
You should upgrade or use an alternative browser.
Welcome to NZ Beekeepers+
Would you like to join the rest of our members? Feel free to sign up today.
Sign up
B

A day before the birth of the virgin queen, I pick up cells from the incubator. The first thing I do is look at cells in the light. This can be done in front of a window or have a spotlight. Second. I open some cells selectively, look at the queen - at what stage of development she is and the presence of royal jelly. My bowls are made of wax and I seal the cut. If I have any doubts, I can open each one. there is no harm from this. I put the Cell in the micronucleus. The queen must get out of the cell by herself.
Reactions: Mummzie
B

it's very similar to varoa, but it's not him. This piece is located together with the remaining skin after molting. perhaps it was a grain of royal jelly.

Breeder of queens Koss said:
Sorry, I write this term out of habit. It denotes a female bee with a full-fledged reproductive system.
Click to expand...

don't apologise. Anyone who communicates in more than one language has my admiration, and its fascinating to see the differences in languages.

I remember an old beekeeper who used to take out every Queen pupae and weigh it. He would then replace it in the cell. I do hold them up to the sunlight and open up the smallest to check if it has any spare royal jelly. If it does the rest should be fine. I discard any cells that I have opened

John B said:
I remember an old beekeeper who used to take out every Queen pupae and weigh it. He would then replace it in the cell. I do hold them up to the sunlight and open up the smallest to check if it has any spare royal jelly. If it does the rest should be fine. I discard any cells that I have opened
Click to expand...

Weighing pupae - that sounds an interesting exercise! Wonder what all the guy's conclusions were. When I have opened cells and rejoined the cracked wax there certainly is a knack to it, to keep them viable.

In terms of spare royal jelly I'm looking for the blob which can be seen through the base of the plastic cup. But it is certainly interesting opening spare cells to see the amount of jelly still present

Breeder of queens Koss said:
today there was a relocation of queens to micronucleuses. Before setting up the uterus, I usually open it. There are two photos in front of you.
Click to expand...

Your photography is excellent. Thanks
Reactions: Breeder of queens Koss
N

John B said:
I remember an old beekeeper who used to take out every Queen pupae and weigh it.
Click to expand...

Was that Reg Clarke maybe?
B

of course we make distinctions. I meant that the word "queen" is used almost everywhere in the beekeeping environment in Russia than the word "queen". " queen " is also used, but rarely. And then you also add unfertilized (virgin) or fertilized (laying eggs) Just like you, only other words are used. I didn't quite understand the question, how do you feel about the worker bee and the male bee? ask this question in a different way
B

John B said:
I remember an old beekeeper who used to take out every Queen pupae and weigh it. He would then replace it in the cell. I do hold them up to the sunlight and open up the smallest to check if it has any spare royal jelly. If it does the rest should be fine. I discard any cells that I have opened
Click to expand...

I also know a man in Russia who weighs queens when they were just born. For me, this is quite strange, because the virgin queen loses weight pretty quickly in order to make a marriage flight. He also processes bees in a thermal chamber to get rid of the tick in the fall, when he prepares bees for wintering. If a person has chosen such a technology, and it is so convenient for him to work, it also has the right to life.
B

Maggie, all you need is a blade and a warm room. With the blade, make a small incision in the area of the bowl, (carefully, so as not to damage the queen) and then gently break the cell. Wax is quite plastic when warm. When you take cells out of the incubator.
B 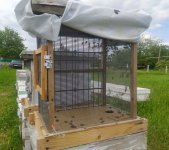 Аn operation on artificial insemination of bee queens is coming very soon. The drone is already sexually mature and is waiting for its turn.
J

I think it was Reg Clark. From memory I think he believed that the heavier ones were the better ones and he may have been right but I suspect it's like a lot of those other theories that sound good but don't have any practical application.
N

John B said:
I think it was Reg Clark. From memory I think he believed that the heavier ones were the better ones and he may have been right but I suspect it's like a lot of those other theories that sound good but don't have any practical application.
Click to expand...

Yes, I just came across one of his articles. Reg was a retired airplane pilot - flew cargo stuff back and forth from Blenheim to Wellington, I believe. When he took an interest in beekeeping, and esp. queen quality, he really got stuck in! 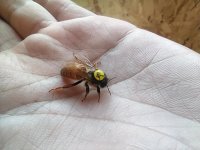 Finally, the first instrumentally inseminated queen of the 2022 season. Our heroine just woke up from anesthesia.I hope that the operation was successful and in 6 days we will see the first eggs.
Reactions: Grant, Mark Lawrence and tristan
B 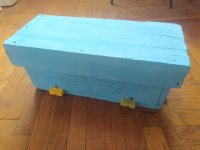 Today I will tell you about my micronucleus. This is a proprietary development. I've been working with them for the fourth season. And I am very happy with them. This micronucleus is designed to fly around a maximum of six queens, but it can also be made to fly around two queens. Inside, the frame is made of plywood, and covered with expanded polystyrene. This gives a very low thermal conductivity, the micronucleus is similar to a thermos. I live in the south, but in early spring, heat preservation issues are very important. Plywood is easier to maintain and bees are very fond of gnawing styrofoam, because only low density is available on sale. Plus, bees that are in neighboring departments warm each other. The roof has sides, and is put on the micronucleus, and it is not blown away by the wind. usually, a brick is included with such micronuclei, so that the roof does not blow away)) The feed compartments are located inside the nuclei, which makes it less likely to be looted. I do not mount the dividing grate in the stern, because the queen rarely dies in syrup. I don't see the point in that. When settling the nucleus, very few bees are consumed, which is very important in the spring. And the most important plus is that you serve 6 micronuclei at a time. It saves a lot of time.
Reactions: Mark Lawrence
B 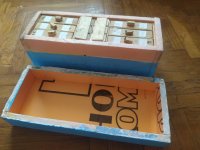 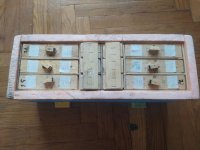 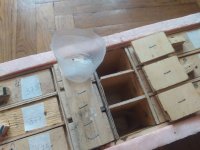 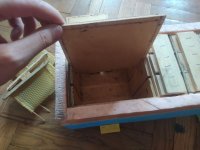 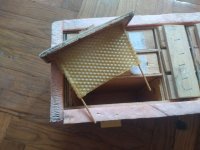 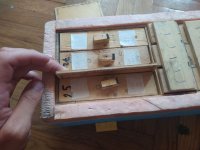 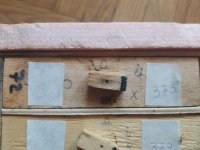 I want to pay attention to the symbols. In addition to the number of the micronucleus in which the queen is located, I indicate the series when the larva was transferred. a line of bees - this season I have 5 of them. And on top there is a movable handle that rotates 360° next to it there are designations - the queen is absent, the virgin queen, the queen lays eggs, and a question mark - perhaps the queen is on a mating flight and is absent from the hive. (check later) and the sign cell. - check the birth of the queen and transfer the handle to the virgin queen.
Reactions: Mark Lawrence
B 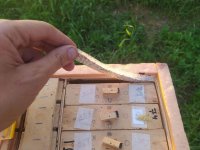 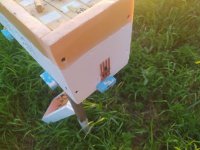 if you remove the partitions, you will get a gap. it can be closed with such an insert of folgoizol.

For artificial insemination, a dividing grid is placed on the fly, although it is correct that it would be inside.
B 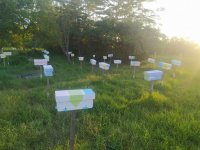 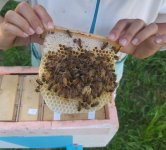 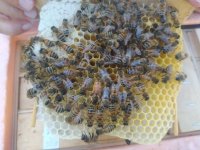 my micronuclei stand on such stands, it is very convenient and they can be serviced quickly. In the second photo, checking the queen's exit from the cell. In the third photo, the queen was on a wedding flight and returned with a train
Reactions: Mark Lawrence
B

Finally found the time to count hygienic behavior. I held it on May 26, and now it's the end of June. It is very convenient when you can take pictures and count in your free time. So, the photo shows the best result. 89% in 15 hours at one buckfast line. Karnik showed 57%, other buckfast lines showed less. This is a rather difficult test for bees, because the affected brood is not concentrated in one place, but was located in different parts of the frame. Punctures were carried out on two sides of the frame, about 116 cells. +/- 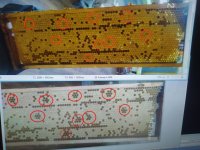 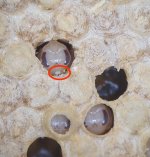 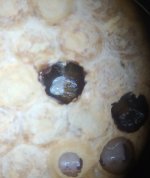